Organic farming has become a huge part of the Canadian economy since the emergence of the organic farming movement in the 1950s. After this, there have been significant developments regarding the same.

According to Statistics Canada, Canada has almost 3,713 certified organic operations in 2011 with an increase of 66% in the national number of organic farms between 2001 and 2011. In 2012, the organic market of Canada was worth almost #3.7 billion with 1.7% of the total food sales was organic foods in 2013.

For any agricultural product to be labeled as organic in Canada, a certification by the Canadian Food Inspection Agency (CFIA) is mandatory.

The producers have to meet all the commodity-specific requirements and have to prove that the claims made are not misleading but truthful. Additionally, they also have to ensure that they meet the requirements as enumerated under the two main Acts in this regard, which are:

Other than this, the producers may also have to comply with the Organic Product Regulations, 2009 Act, if the organic product falls under the following categories:

The Organic Products Regulations 2009 says that products should have the organic certification which should in accordance with the Canadian Organic Standards. Canada Organic Regime is an organic certification system which was established under the Organic Product Regulations 2009. The Canada Organic Regime is for all those who are looking for a certification in this regard. The parties include all the certification bodies, producers who produce organic products. This regime also ensures that the varied regulatory requirements and the prescribed standards are adhered to.

The community supported agriculture is a model that promotes the relationship between the producers and consumers. It provides the producers with an equitable return for their work and helps the consumers to have a greater and more active role in the agricultural community. By becoming a member of CSA, one selects a range of in-season organic vegetables from the farm or drop-off locations every week. This way the consumers can interact with the farmers and know the organic methods of harvesting and producing the food that they are eating. The members are also helping farmers earn a reliable income while also preserving biodiversity, supporting sustainable farming and building a healthier sustainable food system.

Currently, in Canada, there are many farms who participate in CSA like Willo’ Wind, Fiddle Foot Farm and many more.

Should you go for organic products? 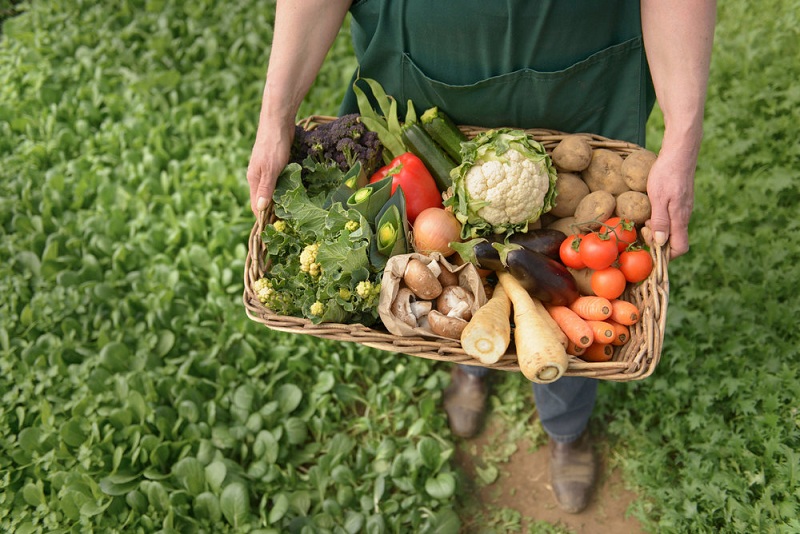 The organic farming community is on a rise in Canada with the government doing their best to promote organic food.

New regulations are coming up to ensure that producers do not mislead the consumers, making Canada a completely organic food country in the near future.

What is Organic Farming